In April 1981, John Sinatra, Sr. founded Sinatra’s Restaurant with the help of his wife Camille.  In a testament to taking calculated risks coupled with boundless effort among the family, he initially called it the Trilogy, to recognize his three sons, John Jr., Michael, and Nicholas — each of whom helped in the restaurant as children over the decades.

The original location at 938 Kenmore Avenue, on Buffalo's north side, transformed what was once a 1950s-era hot dog stand into Sinatra's Trilogy Restaurant and Lounge.  Sinatra's originally focused on it’s lounge business, but began to introduce Southern Italian and Sicilian specialties such as pork braciole, veal osso buco, and pasta puttanesca — using recipes from Vallelunga Pratameno, Sicily and elsewhere that had been handed down through the family over many generations. 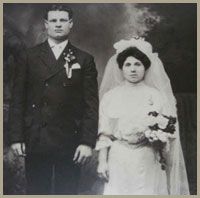 In 1992, John's middle son, Michael took the reigns in what City and Regional Magazine Association calls one of the "10 Best Restaurants in North America."  As owner, Michael started with these enduring foundations and took the menu to the great heights it enjoys today.

As the demand for these favorites grew, so did Sinatra's emphasis on being a fine dining restaurant.  In 2000, John expanded and remodeled.  He continued to look after the successful business he founded until he passed away in 2017.

In 2015, Michael and Nick Sinatra partnered on a new venture.  Together they built the brand new, state of the art mixed-use location, and 945 Kenmore Avenue was born.  Opening in March of 2018, Sinatra’s Restaurant now occupies the first floor with 22 luxury apartments over two levels above.  The apartments are operated by Nick’s real estate & investments firm; Sinatra & Company.

Sinatra's old style Southern Italian dishes have been enjoyed by former residents of the White House, the current U.S. Supreme Court, the U.S. Congress, Governors, Mayors, leaders of business and the arts and, most importantly, by Western New York families for almost 40 years.  Known for serving the finest veal, the freshest seafood, and the most authentic pasta dishes in all of Western New York, Sinatra's has become another one of Buffalo's fine culinary traditions.

Our Commitment to Excellence

As a Chef- owned and -operated restaurant, your enjoyment is certainly a matter of pride for us.  We are committed to providing you with the very best in dining.  Like in any trade, excellence in dining is a journey that is enhanced over many years of passion and creativity in the culinary arts.  All great food takes time and passion to prepare.  And as such, all our food is prepared to order with the freshest and highest quality ingredients—personally by the Sinatra family.  We thank you for your patronage and genuinely hope that you enjoy your dining experience with us as much as we have enjoyed sharing our passion for Southern Italian food with the Western New York community.